A Chapter Ends But The Book Continues

This past Friday, The Only Podcast That Matters released its 200th episode, LastCast.  Is it truly the last episode of the show?  Only time will tell.

In 2008, when I moved back to New Jersey after my first stint in California, I started hanging out with Andrew, Ryan and Veronica on a weekly basis.  Andrew and I would often discuss our ideas ranging from music to sketches to podcasting.  A staple of our conversations was how we should make a movie, something Ryan was all about.  Our camaraderie was strong, like a muscle we’d exercised for months and months, so we settled on doing a weekly podcast where we made our everyday conversations public, which seemed like the way to go.

Admittedly, there was more talk than action for a while but once that train left the station, it didn’t stop.  I suggested Jack as our fourth co-host (you owe your podcasting career to me, punk!) and we now had four dynamic personalities who could clash and crack each other up with hysterical results. 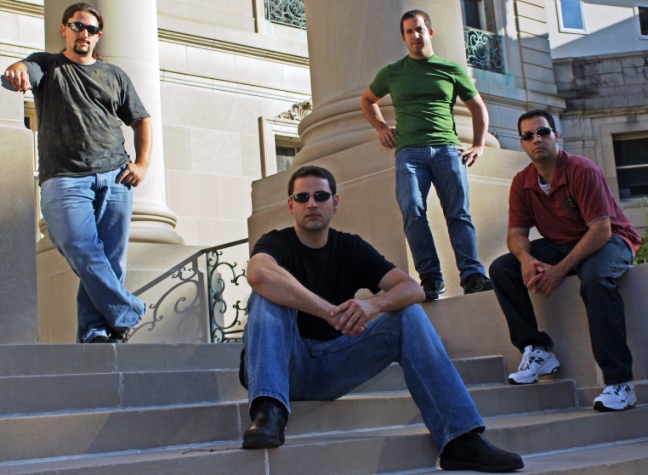 Weekly episodes gave way to film commentaries, weekly blogs, sketch videos, and a few supplemental shows.  Friends and significant others were brought into the fold to mix things up, especially because four guys in their late twenties have little to no sense of the female voice so it was a necessary component of our “real talk” style.

To say it was always fun and the sailing was smooth would be untrue, though you couldn’t tell from listening to the shows or watching our videos.  I’ve always compared working as part of the show to my experience of being in bands: sometimes you step up when one of the others has an off day as he will do when the same happens to you, and life will always seek to disrupt the flow of progress.  The addition of Cory, Ron and “Metal Jimmy” in our second year helped to smooth out the bumps in our individual schedules so we could maintain a personal and professional balance.  It also added a few new flavors to TOPTM, which was an inevitable part of the show’s evolution.

I’m proud to say we did 161 shows in a row without missing a single Friday (except for a snafu which bumped Episode 12, but we evened it out by posting both 12 and 13 the following week).  As much as I hoped against it, missing a week here and there seemed inevitable.  The same inevitability eventually signaled the end of the show, given the changes in all of us.  For my sins, I am the one who suggested we go to 200 episodes and pack it in, though others did feel the end might be upon us.  It absolutely was a collective decision to end the show before the wheels fell off.

Ultimately, The Only Podcast That Matters isn’t the story of Chris Aballo, just a very important chapter in the book.  However, I evolved a hell of a lot as a creator during its four and a half years.  The challenge of writing blogs for 100 consecutive Mondays forced me to stretch myself further than I ever had and my writing grew in ways I’d never imagined.  I developed a taste for writing and directing films.  I gained the confidence to pursue using my voice professionally which has led to me being a working voice actor.  I owe such a debt of gratitude to the show and its players because they helped bring me to where I am today. 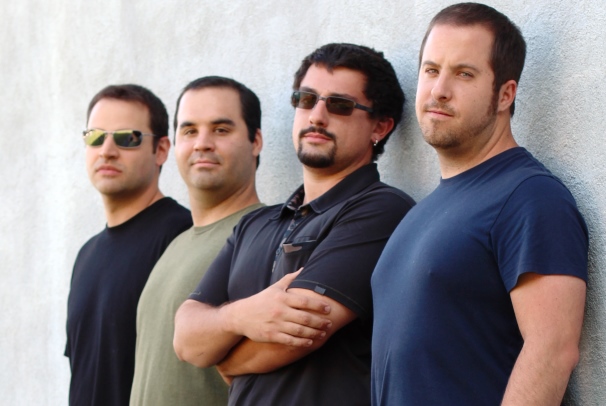 Veronica, Natalie, Dan and all those who sat in here and there: I am proud to have each of you as part of the madness.

Cory, Jimmy, Ron: Thanks for coming along for the ride.  You’ve left your marks on us.  Kind of like scars.

Andrew, Ryan, Jack: You guys are in my heart every goddamn day.  I love you and I thank you for agreeing to begin (and end) this journey with me.

In CAPE 10, I told a more elaborate version of our story and ended it by saying we’d do the show as long as we wanted to, and that is exactly what we did.  It is possible that after some time, everyone may want to start doing it again, maybe in some form other than a weekly hour.  We’re all in our early thirties now and there’s no point in saying “never again.”  There are still hours of unreleased material in the digital vault (which I oversee), two written but unproduced holiday specials (a short one by Jack and a longer one by me), a written but unrecorded Christmas album (originally planned to be released in 2014), a feature length movie script which is two-thirds done (started by me in Summer 2012), and several ideas which we didn’t have enough episodes to complete.  These could all see the light of day down the line and I’m fairly confident that if we see the demand for more, we’ll do something again.

In the meantime, if you’re willing to continue on this journey with me, stay tuned for what’s going on in my next phase.  People always talk about the promise of the new year around this time, but I have some serious stuff to unleash on the unsuspecting world.

P.S. – If you haven’t already, subscribe to The Only Podcast That Matters on your favorite podcast resource because there are many compilations heading your way in 2015.  Give the show five stars while you’re at it.  Happy New Year!