Last night marked the third time in a year that I’ve seen Cinderella frontman Tom Keifer in concert. 80’s hard rock and metal is oftentimes dismissed as being cheesy because of the big hair, makeup and power ballads whereas the next decade was equally as fashionable but used flatter long hair, plaid and self-loathing instead. Somehow, that was viewed as “integrity.” Anyway, the band celebrated their 100th show last night and it has been typical for Tom to bring up his wife Savannah to sing “Don’t Know What You Got (Till It’s Gone)” with him during the acoustic bit. Seems she had her appendix out on Sunday and couldn’t be at the show for obvious reasons. Tom pulls out his phone and asks us if we’ll sing the song with him because he doesn’t feel right singing it without his wife. The crowd obliged so he calls her up and tells her the Whisky is going to sing for her. He places the phone on the stool beside him (where she would’ve been sitting) and we all sang our asses off. Yes, there was plenty of posing and hollow crap 80’s rock gave us and it’s easy to pick on a band with the name Cinderella but like any era in music, there was a lot of good stuff to be enjoyed and plenty of incredible songwriting happening, and anyone who says it was all garbage can SUCK. MY. DICK. 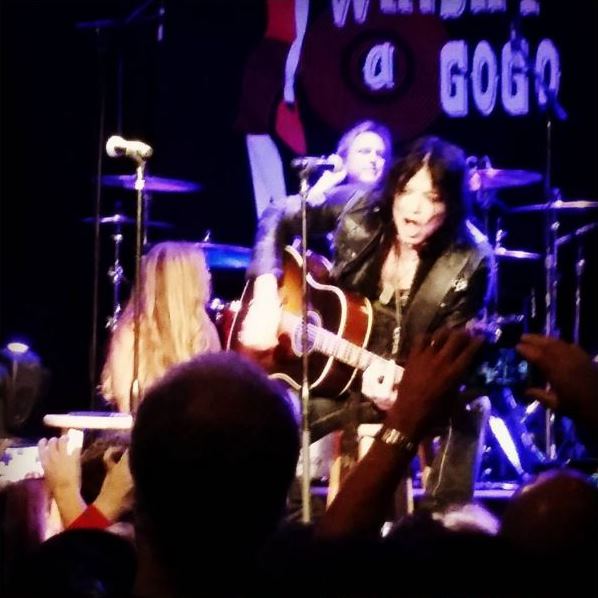